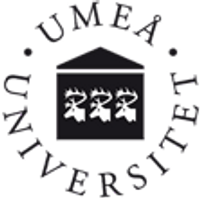 Umeå University was founded in 1965 and is Sweden's fifth oldest university. Today, we have a strong international and multicultural presence with students, teachers and researchers from all over the world. As one of the leading comprehensive universities in the nation, we are alive with enthusiasm, creativity and fresh ideas. We constantly strive towards being one of Scandinavia and Europe's best environments for education, research and community engagement that meets the challenges of an ever-increasing global society.

The tireless struggle to become Sweden’s fifth university was achieved in great part to the marketing efforts of Gösta Skoglund, a local politician and member of the Swedish parliament from 1940-1970. The politicians were choosing between Härnösand and Umeå. They decided on Umeå in 1963, changing the course of the town's history.

In 1956 it was the dental school that led the way to higher education in Umeå. In 1958, Umeå received a teaching hospital. And in 1963, the decision was made to establish a university in Umeå, and Umeå University was inaugurated on the 17th of September 1965, by the then king, Gustav VI Adolf. During 1965 there were only about 2,000 students. Today the total of students - including those at the postgraduate level - is approximately 34,200. More than 9,000 of these students are taking courses via distance education, or off-campus. Additionally, there are 2,146 teachers and researchers employed by the university.

Up to five tenure-track positions as Assistant professor

Umeå University, Faculty of Science and TechnologyWelcome to apply to become one of our new Assistant Professors! With this faculty joint venture, with a six-year appointment we want to give junior researchers the opportunity to develop a long-ter...

Published 1 month ago
Closing in 3 weeks