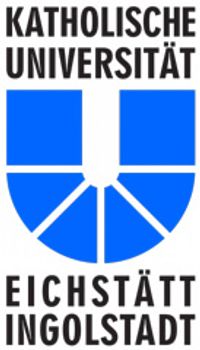 Although first established as the Catholic University of Eichstätt in April 1980, the CU continues an almost 450 year tradition of higher education. Our university is an academic community that seeks to impart knowledge and interpersonal skills while building on a foundation of Christian values. The CU has had the name “Catholic University of Eichstätt-Ingolstadt” since 2001 because in addition to the seven faculties in Eichstätt, the Ingolstadt School of Management was founded in 1989 on the oldest university site in Bavaria and, in the meantime, has become home to nearly every fourth student registered at the CU. Both CU locations consist of a campus with short walking distances: the cafeteria, lecture halls, library, and computer labs all lie only a few minutes away from each other and are connected by sidewalks. Crowded classrooms are unknown at the CU: seminars with fewer than twenty participants are not uncommon, and lectures are also no mass events. The approximately 4,500 students are ad vised by 120 professors, more than 200 associate instructors and lecturers, and numerous other experienced instructors.